DONALD TRUMP AND THE ROLE OF HERO… 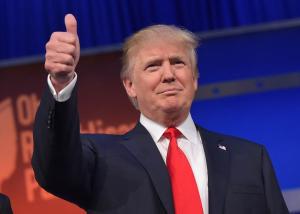 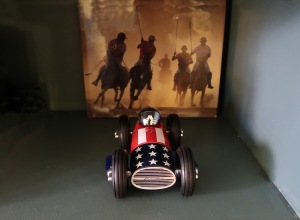 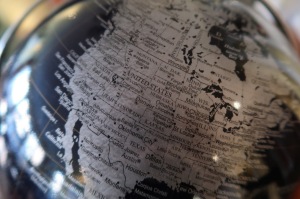 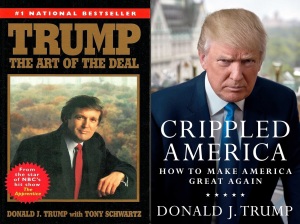 By Bernard Bujold –
I am a fan of Donald Trump because he is representing to me, in my mind and in my values of life, the perfect example of the hero from the positive thinking philosophy.
His book THE ART OF THE DEAL is a classic of the positive thinking way of life.
Now, the question is: will he win the election because of that symbol and of this spirit?
Well, maybe yes, maybe not! We will know it at the end of the challenge.
Presently, Donald Trump is running behind Hillary Clinton in the survey but not by that much. In politics, a candidate who is slowly losing ground must run against the clock toward the final vote before his advance completely disapear. This is the case of Hillary. She is not gaining ground and have no momentum but Donald is gaining ground, inches by inches. Could he win enough point before the next November election? That is his challenge! He was facing the same situation during the race for the Republican nomination and he succeeded to defeat all the 16 other candidates running against him.
Usually, any hero, in the positive thinking philosophy or any other philosophies, always get to a wall which he must over come before being able to win and achieve his goal. Donald is presently facing such a wall and, if he is the real hero that he said to be, and that I think he is, he will recoup himself in the coming months and then, over pass Hillary Clinton and win the Presidential election of 2016.
The end result will be first to elect the new President of the United States but, for me, it will also show if the positive thinking philosophy is working or not! I am convinced that it will work but who knows for sure. In life, and particularly in politics, the future is never predictable at 100%, even by me…
To be continued!
Picture 1: Donald Trump;
Picture 2: Race car LeStudio1;
Picture 3: View of United States on a world map;
Picture 4: Books by Donald Trump;
SEE DONALD TRUMP BIOGRAPHY;

Uncategorized | Tagged: DONALD TRUMP AND THE ROLE OF HERO |