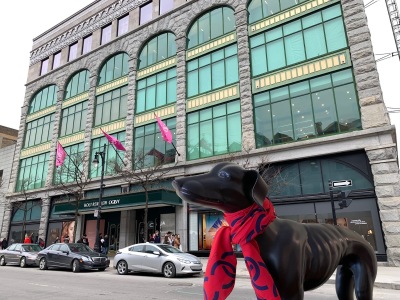 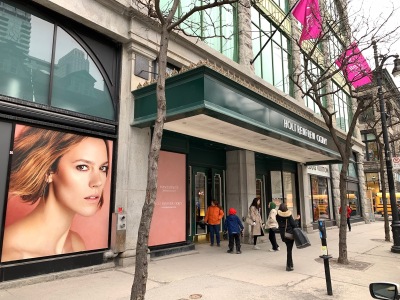 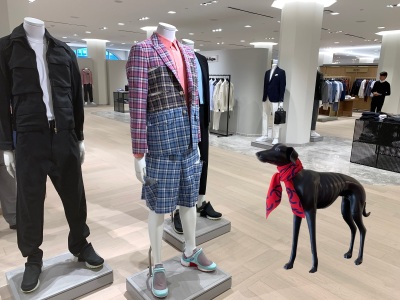 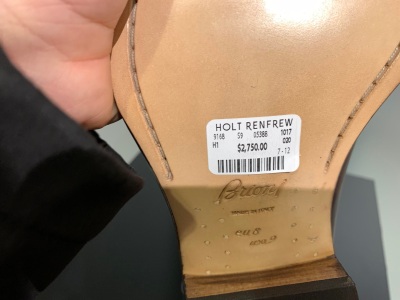 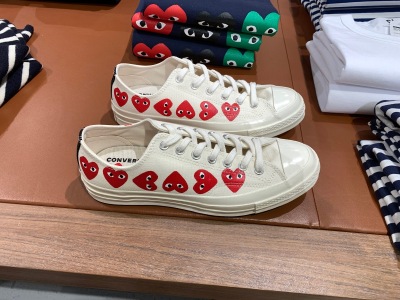 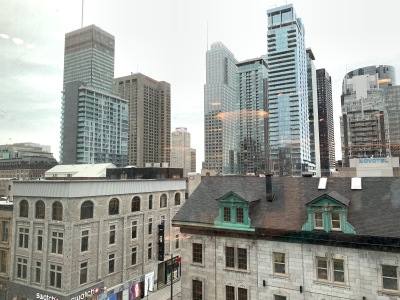 SPRING 2019 GOING OUT – HOLT RENFREW OGILVY-
By Bernard Bujold –
Ulysses is excited about the arrival of spring 2019 and wants to go out in the city all the time.
My faithful friend wanted me to discover the new Holt Renfrew Ogilvy and if we both love the new store, we don’t really have the same tastes…
Ulysses wanted to convince me to buy a tile set like torn jeans…
I suggested a full jacket instead, but the price was too high.
Then we agreed both on a beautiful pair of leather cowboy boots, which were perfect for our long walks. The boots were really beautiful but when I went to the cash register, I had to change my object of desire…
Finally, I fell back on a pair of sneakers, more in my budgets….
Have a good Spring 2019!
SEE PHOTOS

CLOSING OF THE PRIVATE CLUB 357c – 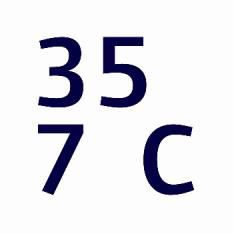 PRIVATE CLUB 357c –
By Bernard Bujold –
The famous 357c will close its doors definitively on May 24, 2019…
Management notified the members of the decision. The 357c was inaugurated 16 years ago in 2002 by businessman Daniel Langlois, who acquired the building in 1997.
SEE REPORT ON CLUB 357c

THE ART OF DREAMING IN 2019 – ACCORDING TO MITSOU

The art of dreaming… according to Mitsou!
By Bernard Bujold –
Mitsou wonders why she lives so many dreams during her nights of sleep?
My answer is that she is not the only one to experience such activities!
Indeed, all the people close to me (baby boomers) experience the same situation every night. Dreams worthy of the best television or film productions, to the point where sometimes dreams are more captivating than invented fictions…
Fortunately, in my case, I very rarely dream of nightmares.
My dreams would be completely “impossible” in my real life but they are generally interesting…
In conclusion, it’s like I have two lives!
SEE ARTICLE MITSOU

Uncategorized | Tagged: THE ART OF DREAMING IN 2019 - ACCORDING TO MITSOU | 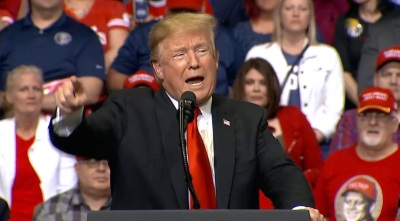 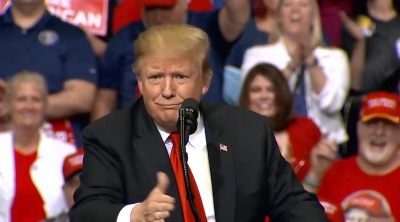 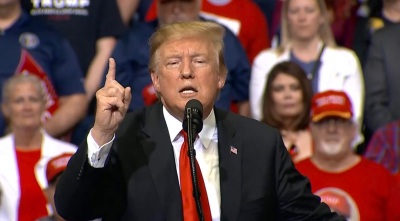 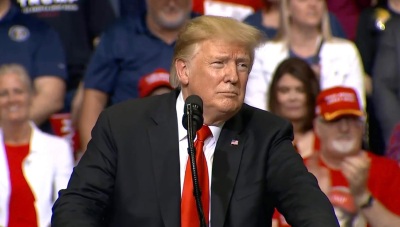 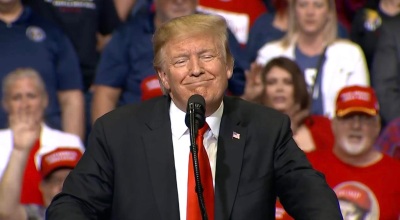 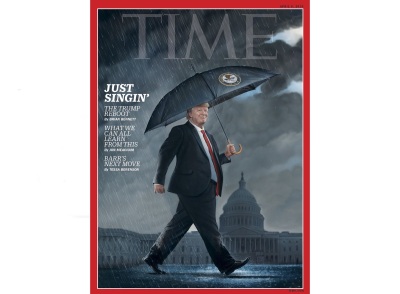 DONALD TRUMP 2020 –
By Bernard Bujold –
President Donald J. Trump is in the middle of the 2020 election campaign and hosted one of his first major rallies on Thursday evening, March 28, 2019 in front of thousands of supporters.
Donald was energetic and radiant and the crowd very much happy to hear their dynamic president.
SEE PHOTO 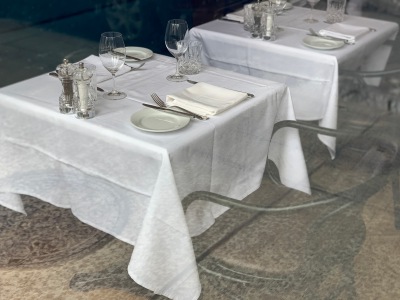 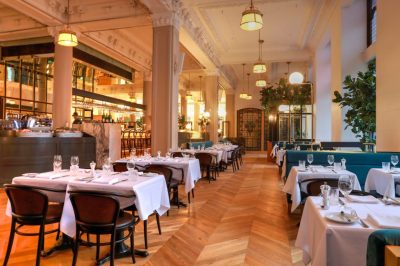 GOING OUT SPRING 2019 –
By Bernard Bujold –
Ulysses is excited about the arrival of spring 2019 and wants to go out in the city. He has good taste but unfortunately, sometimes he has to wait outside while his master takes advantage of his discoveries…
SEE PHOTOS 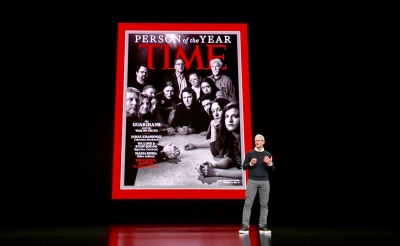 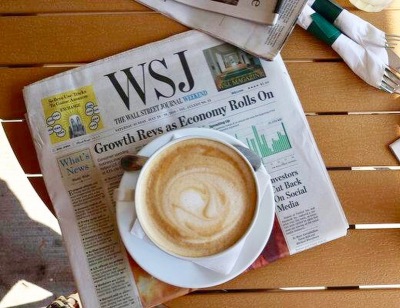 THE NEW APPLE NEWS –
By Bernard Bujold –
After trying it, I have to admit that the new Apple News service is effective and I will probably subscribe…
For a price of $ 12.99 per month, the overall offer exceeds the subscription cost. In fact, a number of newspapers, including The Wall Street Journal, the New York Times, La Presse, Le Devoir, The Globe and Mail, and many others are available in a wide selection of articles. as well as many magazines including Quebec titles.
You have to look for the newspapers you want to read and click “like” to add them to our list permanently on the app.
I tried out of curiosity the paid version (1 month free) and initially I did not believe in it but I am very pleasantly surprised to the point that I will probably subscribe, once the free month ended…
SEE APPLE NEWS SITE 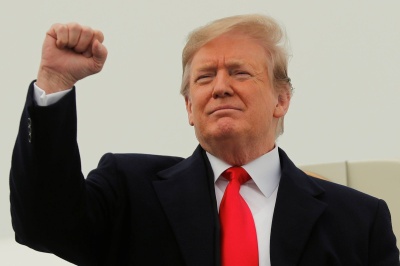 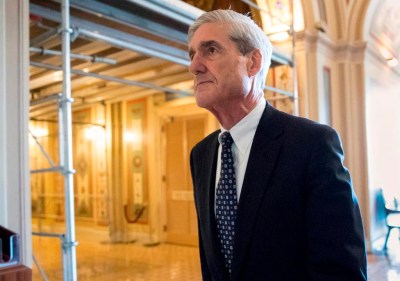 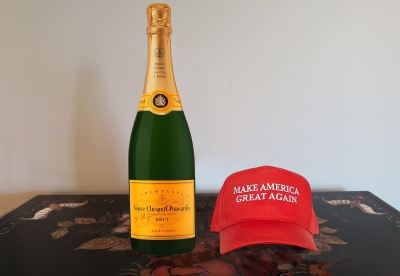 THE ROBERT MUELLER REPORT –
By Bernard Bujold –
Robert Mueller find no collusion between Donald Trump and Russia during the 2016 presidential campaign. That is the conclusion of his official and final report, a inquiry that cost over 40 millions$ and 19 lawyers on the case…
This is a great victory for Donald Trump and a great day for United States.
One could call this: « HOME RUN » for the President!
SEE PHOTO (March 24, 2019)