By Bernard Bujold –
I have to admit obviously, that I’m not very good in my tennis predictions…
After wrongly dreaming that Genie Bouchard will win the Rogers championship in 2016, I decided to become a fan of the beautiful Russian player (cousin perhaps of Putin) Anastasia Pavlyuchenkova. Unfortunately, for me, Anastasia was eliminated Friday night by the American Madison Keys (probably a fan of Hillary).
So, I accepted then that the new star of Rogers Cup Montreal 2016 seemed to be Kristina Kucova (the one who beat Genie). The Montreal fans had also literally adopted her and they considered her their new idol! Many experts even predicted that Kucova could win Sunday (July 31, 2016) the final of the Rogers tournament.
But Keys eliminated Kucova on Saturday night quick as a wink.
As for Genie, I was told that she left for a weekend bike ride, but alone…
As for me? I am leaving the world of tennis and I am returning to politics and to my idol and United States Presidential candidate: Donald Trump!
Photo 1: Bernard Bujold;
Photo 2: Anastasia Pavlyuchenkova;
Photo 3: Kristina Kucova;
Photo 4: Madison Keys;
Photo 5: Stadium Montreal Rogers Cup 2016
Photo 6: Genie Bouchard;
Photo 7: Donald Trump;
SEE PHOTOS;
SEE SITE ROGERS CUP;

Genie Bouchard could not defeat her opponent Kristina Kucova and she was eliminated from the Rogers Cup 2016 (6-3,4-6 and 3-6 and / Thursday, July 28, 2016)
Notice to bikers who would like to invite Genie to a bicycle ride!
She gets angry easily…
Photos: Genie Bouchard;
See website Rogers Cup 2016;

THE ART OF GOLF 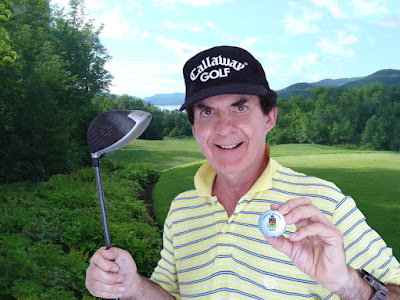 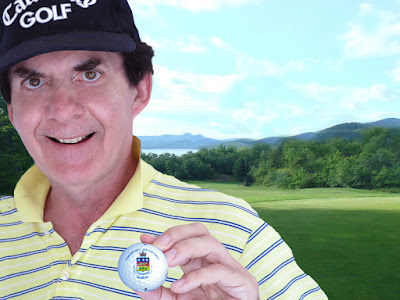 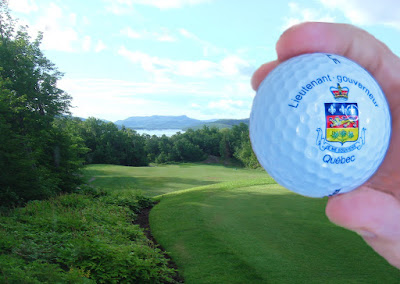 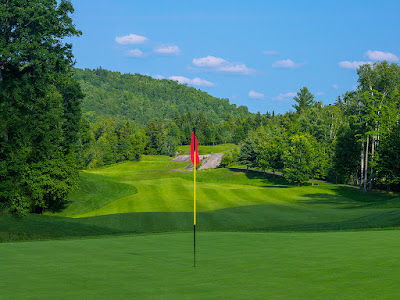 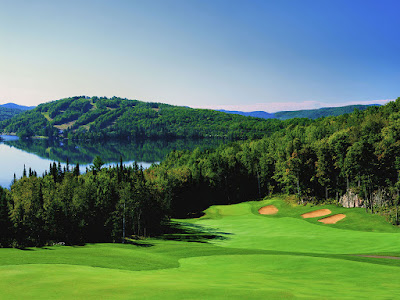 By Bernard Bujold – To succeed in golf, we must of course know choosing the right sticks depending on distance but also, and perhaps above all, have good brands of balls in his bag! Have a good season 2016!
VIEW THE SITE STUDIO1;

Uncategorized | Tagged: THE ART OF GOLF |

By Bernard Bujold –
The former President of the United States, Bill Clinton, tried his best to make forget his personal political past (the shady days of Clinton deceit like Monika Lewinsky affair, or the parts of his presidency and post-presidency that haven’t aged well like the unseemly braiding of the Clinton Foundation with Hillary’s State Department.
On Tuesday night (July 26,2016) , Bill Clinton tried to use his convention speech to sell his wife Hillary Clinton as a better option than his former friend and golfing partner Donald Trump. Will it work remains to be seen in the following weeks ahead.
Two other questions remains: will Bernie Sanders partisans vote for Hillary and, what is next in the Wikileaks files?
The US Presidential Election is on November 8, 2016.
Picture 1: Bill Clinton;
Picture 2: Hillary Clinton;
Picture 3: Bernie Sanders;
Picture 4: Julian Assange – Wikileaks;
SEE ANALYSIS NEW YORK TIMES ;
SEE INFORMATION ON PRESIDENTIAL ELECTION 2016;

SUMMER PARTY AT THE COTTAGE

By Bernard Bujold – The summer season 2016 is warm and very nice. One should enjoy it and admire the beauty of nature and… a bit more!
Small fishing at the pound; relaxing on the cottage veranda; and thinking about life. Why not also think about our friends, or in my case, people that I am a fan of like Donald.
Of course Donald is too busy to come to the cottage but, his spirit is there…
Have a nice Summer 2016
Picture 1: Bernard Bujold;
Pictures 2,3 and 6: Cottage;
Picture 4: Ulysse the Dog;
Picture 5: Donald Trump;
SEE PHOTO ALBUM;

By Bernard Bujold –
After having been warmly introduced by his daughter Ivanka, Donald Trump made his first and very energetic speech (1 hour and 15 minutes) on Thursday night (JULY 21) in the Presidential Election Campaign 2016 as the official Republican candidate.
The verdict from the American people will come next November.
To be continued…
Pictures 1 to 6: Donald Trump at the Republican Convention 2016;
SEE FULL PHOTO ALBUM;

By Bernard Bujold –
One can easily identify the personality and game plan of Donald Trump and compare them with those of René Angélil and Brian Mulroney.
Donald Trump and René Angélil have in common the genius of the show business and staging. René was, according to me, the greatest among all event organizers in the world.
Politically, Donald Trump’s program is similar to the one of Brian Mulroney in 1984. “Creating sound economic management of the government by applying private sector management techniques.” Finally, we can add that Brian and Donald can count on an exceptional woman (beautiful and intelligent) to help. Mila Mulroney was essential to the success of Brian and Ivanka Trump seems to play the same role with Donald.
To be continued…
Photo 1: Donald Trump;
Photo 2: René Angélil and Brian Mulroney;
Photo 3: Ivanka Trump and Mila Mulroney;
SEE SITE DONALD TRUMP;

Julie Snyder won in his fight against the detectives as the judge ordered to divulgue the client name that ordered the monitoring of Julie, while prohibiting the agency to resume its spinning The detective agency can appeal the decision but the unveiling of the secret name must be within 48 hours to Julie lawyers.
Does the public will also know the name? Nothing in the verdict said about providing this information to the general public… but any secret is rarely a long secret.
SEE REPORT LA PRESSE;

THE TRAGIC FATE OF STÉPHANE VENNE

By Bernard Bujold (Text written July 14, 2016) –
STÉPHANE VENNE (40) has a destiny very dramatic…
He and his father (70 years) operated a farm (lettuce and other small vegetables) north of Montreal at Assomption village. Stéphane was also a recognized collector of autographs who attended concerts, sporting events and other events with stars people.
On July 1, 2014, as he prepared to go to attend an event, he and his father (intoxicated by alcohol and verbally abusive to his son) quarreled. The father wanted the son to remain on the farm to help collecting the vegetables of the season… The father would have taken his son by the throat and the son decided to leave in his car, when the fatal accident happened.
The drama, in addition of course to the death of the father, is Stéphane’s new life from July 2. It’s like a thriller. His whole life was transformed when he was jailed.
He was one of my links on Facebook where he showed off his passion for Quebec and international stars (song, sport, politicians, etc). His page is still online, much like an abandoned house suddenly without notice with comments and pictures frozen in time.
Stephen has been in prison since July 2, 2014 and his sentence is valid for the next six and a half years… Good luck to him!
SEE TEXT WEEKLY LOCAL;
FACEBOOK PAGE STEPHANE VENNE;

By Bernard Bujold –
The curious can go for coffee because the client name who paid a secret detective to monitor Julie Snyder will probably never be revealed to the public…
Indeed, after appearances before a judge on Wednesday 13 July, the lawyers of both parties (Julie and the detective) requested an adjournment to negotiate a settlement out of court but with a clause of nondisclosure…
Both side will return before the judge on Thursday July 14 to finalize the agreement, if there is no further fight by then!
Photo 1: Julie Snyder;
Photo 2: A curious and his coffee …;
See story The Gazette;