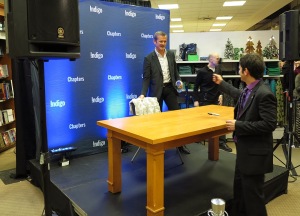 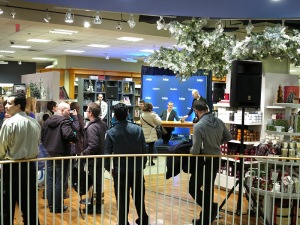 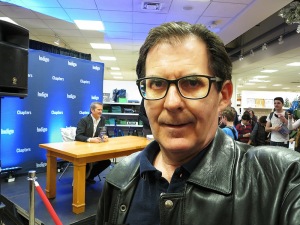 By Bernard Bujold (LeStudio1.com) –
Astronaut and Colonel Chris Hadfield like Montreal and Montrealers also like him very warmly!
The proof is obviously the welcome by the public to Hadfield during the special evening organized by Indigo Montreal on Ste-Catherine St. , while more than a thousand readers have come to have sign one ( and often multiple copies ) of the biography just published by Chris Hadfield : AN ASTRONAUT ‘S GUIDE TO LIFE ON EARTH.
A truly inspiring and very well written book by the man who became the idol of millions of Canadians for his recent stay in space and its particular way of communicating including social media and with his guitar…
Chris Hadfield signed all the books that were presented by the participants of the evening at Indigo and he shook hundreds of hands. One can certainly conclude that, for many, it was the feast and that Santa will probably bring several copies of the book during its next annual tour in December.
Photo 1: Astronaut and Colonel Chris Hadfield;
Photo 2: Chris Hadfield and Mathieu Trahan from Indigo;
Photo 3: Signing session;
Photo 4: Bernard Bujold (LeStudio1.com);
See photo report LeStudio1.com ; 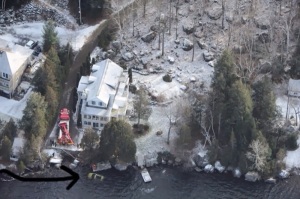 By Bernard Bujold ( LeStudio1.com ) –
Death by drowning of Isabelle Peladeau, Saturday November 23 – 2013, is deeply tragic because of her age and her personal situation, as well as because of the way the death occurred!
Isabelle and I were of the same age and when I was assistant to her father, we were good friend and she often confided in me about the life of her family, her relationship with her father and her various business ventures. I can say without hesitation that she was a “very good person” !
I would also add that her greatest handicap in life has been to be a woman at a time when it was not yet fashionable. Her father would have wished otherwise because he deeply loved his children and to him, links by blood were the most important…
Isabelle Peladeau had finally accepted her position as a woman and it was then that she told me: ” In life, there are more important things to do than making business deals…”
In this sense, one could say that she was a success in her personal life!
(NOTE : An autopsy will be performed on the body of the victim and the car will be analyzed by the police in an attempt to better understand the causes of drowning.)
Photo 1: Isabelle Peladeau ;
Photo 2: Pierre Peladeau , Isabelle Peladeau , Robert Bourassa and Jean Drapeau ;
Photo 3 : Isabelle Peladeau with his family members ;
Photo 4: Aerial view of the tragedy ;
See story Journal of Montreal ;
See commentary Journal of Montreal ;
See story La Presse ;
See story The Gazette ;
See biography Pierre Peladeau family ; 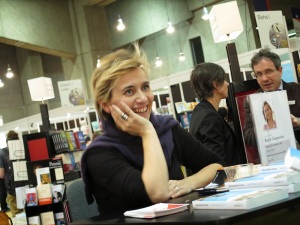 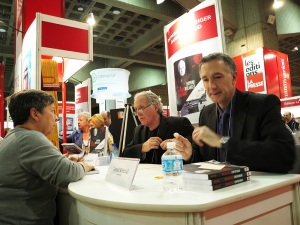 By Bernard Bujold (LeStudio1.com) –
There were a lot of readers at the Montreal French Book Fair 2013 and the authors were all there to welcome them…
I photographed several authors during my visit of Saturday afternoon on November 23.
Here is a sort of virtual tour of the event.
Photo 1: View of the Book Fair from the balcony;
Photo 2; Catherine Lafrance;
Photo 3: Katia Chapoutier;
Photo 4: Kathy Reichs;
Photo 5: Raymond Boulanger and Daniel Renaud;
See pictures LeStudio1.com album ; 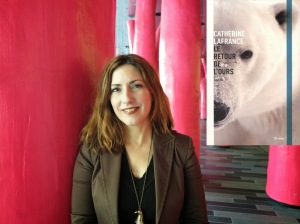 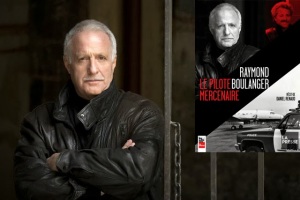 By Bernard Bujold ( LeStudio1.com ) –
Among the thousands of books that will be available at the Book Fair in Montreal in 2013, I chose my three personal top picks!

1 . MY FAVORITE AUTHOR : KATHY REICHS
I discovered Kathy since her first novel ” Already Dead” in 1998 and I always admired her kindness and availability during book fairs. She is half from Quebec because she spends half of her life and her career in Montreal. She is also the producer of the TV series BONES. Kathy’s favorite book is the one she wrote with the Acadia as a place of action : Bones to Ashes – (2008).

2 . MY FAVORITE NOVEL : LE RETOUR DE L’OURS – CATHERINE LAFRANCE
This novel is the second from this author ( she also have a career as a journalist ) and the action takes place in the North. Her first novel, LA SAISON FROIDE told the story of a girl from Montreal who goes to work in the North while the second novel highlights the whole issue of the environment and global warming by using the story of a local village who fight for its survival. It is a village girl who will be responsible for rescue !

3 . MY FAVORITE BIOGRAPHY : RAYMOND BOULANGER – LE PILOTE MERCENAIRE
This book chronicles the life of an airline pilot Raymond Boulanger and his adventures as a pilot for the drug cartels in Colombia. However, what is really exciting in the book are the Quebec places that are central of action including my native Gaspé including the village of Bonaventure and the famous “Château Blanc”… Raymond is himself a native from Rimouski.

GENEVIEVE SABOURIN – A STORY TO FINISH… 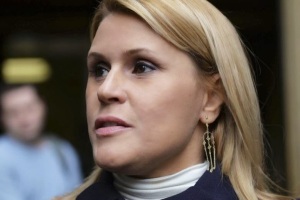 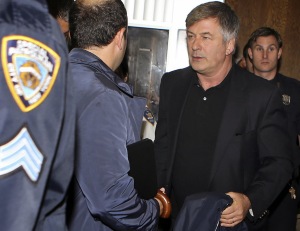 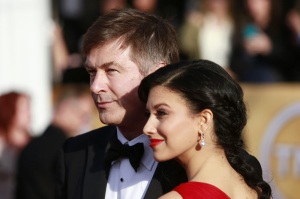 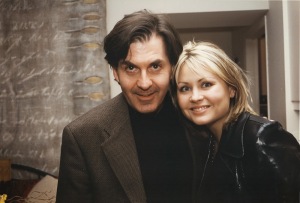 By Bernard Bujold ( LeStudio1.com ) –
The Quebec Genevieve Sabourin was convicted of harassment in respect of Alec Baldwin and sentenced to six months in prison plus 30 days contempt…
A worthy film history ! A very sad story !
I’ve written i  the past that I know Genevieve and I went to the theater one evening with her at the suggestion of Mitsou Gélinas, a common friend to us. Mitsou wanted to do me a favor because she knew I was actively looking for a female companion. Genevieve could have been the woman that suited me. We were in 1996.
Even though I ‘m the same age as the actor Alec Baldwin , Genevieve I had not been founding attractive and we did never seen each other back… We did not sleep together either !
I contacted her in recent years by social media, since the beginning of the Baldwin case, and I sympathized with her. It is obvious that the American actor spent the evening and night with her and he then changed his mind. This often happens in life…
Moreover, the judge and the lawyer of Baldwin both recognize this possibility but the prison to  Genevieve is for her actions after the break up with Baldwin.
Genevieve should have quit the game and forget about the American but sometimes it is not easy, even impossible mentally.
Could we consider the case closed?
I am personnaly a big fan of American television series. If the story of Genevieve was a scenario, I would say that we are at the half and that the punch is coming in the second half hour…
To be continued…
Photo 1 and 2: Genevieve Sabourin ;
Photo 3 and 4: Alec Baldwin ;
Photo 5 : Bernard Bujold and Mitsou (1996);
See story La Presse ;
See story The New York Post ; 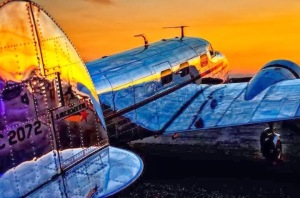 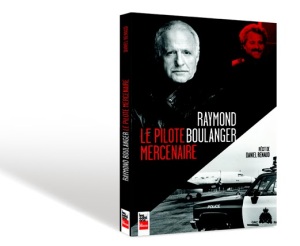 By Bernard Bujold (LeStudio1.com) –
The biography of the mercenary air pilot Raymond Boulanger is a captivating book!
If you can read only a single book in 2013, you should read this book, which begins with the birth of Raymond in Rimouski and then it you take in various journeys from Bonaventure in Gaspé (my hometown…) then going to Colombia with the cartel and Pablo Escobar to continue to Montreal and ending in a forest in the Mauricie.
A book that reads like a thriller but is nevertheless the true story of a Quebecers special destiny.
Raymond Boulanger and author Daniel Renaud will be at the Montreal Book Fair 2013.
Photo 1: Raymond Boulanger;
Photo 2-4: Cargo Aircraft;
Picture3: Book Cover;
See the website of the publisher ; 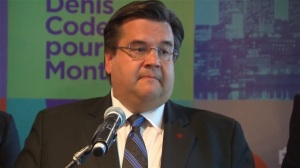 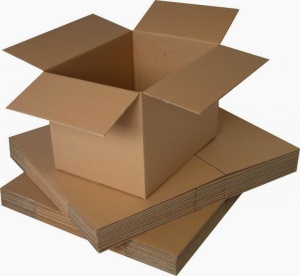 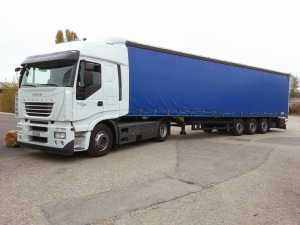 By Bernard Bujold (LeStudio1.com)
The lot fell and Denis Coderre will be mayor of Montreal…
Needless to cry over the situation, the other horses (including mine…) lost the race!
In horse racing, one must be patient if you’re breeder, but forget the race and the losers if we are simply player in the stands.
And as they say on the radio: “Let’s go to another call …”
There is of course another solution for Montrealers disappointed: “Moving to the North …”
Photo 1: Denis Coderre;
Photo 2: Horse Racing;
Photo 3 and 4: Box and moving truck;
Election results in Montreal ;