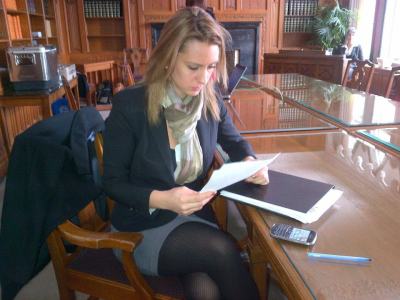 by Bernard Bujold (LeStudio1.com) –
The former journalist and future candidate for the City Hall of Montreal Philippe Schnobb is celebrating today Thursday, June 27, 2013 its 49 years!
I’ve always had great respect and admiration for the work of Philippe as host and journalist with Radio-Canada. He had the distinction of being always objective.
The announcement that he would nominate himself as a candidate in municipal politics surprised me and created a kind of ambiguity. If he was presenting himself to be the mayor I would have voted handily for him but, according to my political beliefs, I cannot in any way agree with what Denis Coderre is representing as a politician and he is the leader of the team in which Philippe is a member.
Fortunately, after verification, I confirmed that Schnobb is not the running mate so if Coderre is not elected mayor, Philippe will not have to give him his place. I can vote for Philippe in Ville Marie (St-Jacques) and for another Montreal mayoral candidate, which is many others will also do, I think…
The political ambiguity is often present in election campaigns. At the federal level, I am a great admirer of the work and devotion of the young MP Ruth Ellen Brosseau. But as Prime Minister I will not vote for Thomas Mulcair because I’m a fan and admirer of Justin Trudeau and that since he was introduced for the first time in Papineau. Justin is therefore assured of my vote in the next election but since I do not live in the riding of Ruth, I will not have to choose between the two ( Justin or Ruth).
I am also a fan of Laureen Harper but, that is another story…
In conclusion, I would like to wish “HAPPY BIRTHDAY” to Philippe Schobb. One more year and he would have highlighted the fiftieth anniversary of his life by joining the City Hall, which I am convinced he will do on next November 3.
Photo 1: Philippe Schnobb:
Photo 2: City Hall of Montreal;
Photo 3: Justin Trudeau;
Photo 4: Ruth Ellen Brosseau;
See site Facebook Philippe Schnobb ;
See Justin Trudeau Facebook website ;
See site Facebook Ruth Ellen Brosseau ;

This entry was posted on Thursday, June 27th, 2013 at 4:07 pm and is filed under Uncategorized. You can follow any responses to this entry through the RSS 2.0 feed. You can leave a response, or trackback from your own site.