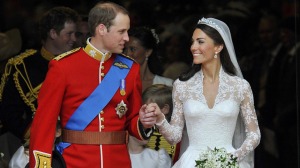 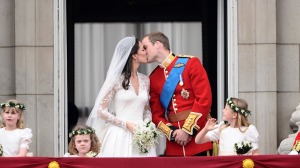 Wedding gifts to William and Kate

Prime Minister Stephen Harper has officially announced the wedding gifts to William and Kate. He will offer “camping equipment” to be use during the royal couple’s visit to Canada next July!
Kate would have preferred a carriage with a horse …
Canada will also donate $ 50,000 to the Canadian Coast Guard.
Picture 1: Stephen Harper ;
Picture 2: Kate Middleton and Prince William
SEE PRESS RELASE GOVERNEMENT OF CANADA ;

The media and the Royal wedding 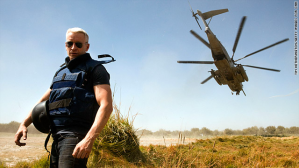 It is estimated that over two billion people worldwide will watch via television or Internet the wedding of Prince William and Kate Middleton.
Some criticize the emphasis placed on the event by the media especially that journalists covering the wedding are among the most respected and are generally concerned with very serious matters, as is the case with Anderson Cooper of CNN who is a war reporter known for his excellent reports on political conflicts around the world.
The royal wedding has become a symbol for the world the same way a trip to the moon, an artistic event, sporting event or a tragedy. The royal wedding will cost approximately U.S. $ 78 million. To watch Friday morning April 29 live on TV networks or the Internet.
Photo 1: Prince William with his grandparents in front of his military helicopter;
Photo 2: Anderson Cooper on War reporting ;
Photo 3: Bernard Bujold and the Quebecor Helicopter (1997);
See website Anderson Cooper ;
See story royal wedding costs ;
See Editorial La Presse – Nathalie Petrowski ;
View photo album of Prince William and his military helicopter;
See Official website LeStudio1 ;

The wedding of the century – Kate and William 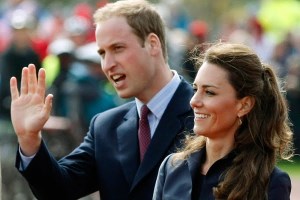 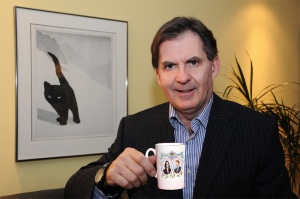 The wedding of Prince William and Kate Middleton is an event worthy of a fairy tale. Some even describe the Royal Wedding of Friday, April 29, 2011 as the “Wedding of the century”. 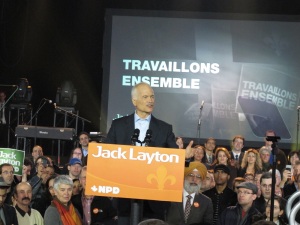 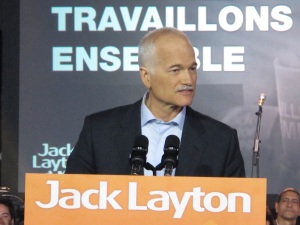 Jack Layton has the wind in the sails at the end of electoral campaign 2011. Obviously he can not become Prime Minister on the May 2 election but he can easily become the Opposition Leader with about 60 members against 200 for Stephen Harper. Other parties (Liberal and Bloc) would share the remaining 48 seats for the total of 308.
Rumor has it that serious negotiations are underway between the Party of Layton (NDP) and the Liberal Party to merge the two organizations. Jack Layton would become the leader of new party. It is claimed that it is Jean Chretien who negotiates.
The photos in this album were taken by Bernard Bujold, who attended as an observer at Jack Layton’s speech delivered Saturday, April 23 in the afternoon at Olympia Theatre in Montreal.
Picture 1 and 2: Jack Layton
See Photo Album “Jack Layton in action” ;

How to pick a nice suit… 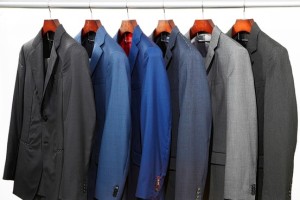 How to choose a good and beautiful costume for the new spring season is an art!
According to the report published by The Wall Street Journal, the key to success is always in the choice of material and the cut but, curiously enough, the price for a luxury suit and high quality are greatly down!
Happy spring 2011 …
Photo 1: Bernard Bujold – LeStudio1.com;
Photo 2: Men’s Clothing – Spring 2011;
See story The Wall Street Journal ;